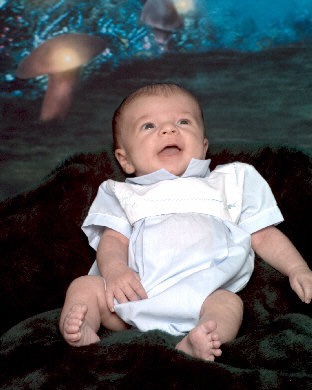 First, let me express how much I love my children. They are mine, I made them, I carried and birthed them, and I care for them 24/7. I would give my life to save theirs, without hesitation. I have bled for them, endured pain and hunger so they wouldn’t have to, gone without things so they wouldn’t have to, and put them first before anything else on many occasions. This is my circus and they are my monkeys. And I would absolutely annihilate anyone who tries to harm them.

All that said, sometimes they are heathens and they annoy me. They talk back. They mess things up. They disobey. They fight constantly. They don’t listen. There are a thousand things they do that make me second guess the legality of hog-tying them and locking them in closets.

But for every annoyance, there are 100 more things that make my heart melt. My kids are good humans. They are kind, loving, and caring souls. They are all very smart. So here’s a few things about my offspring.

He is named after the river Jordan where Jesus was baptized, and his middle name (Spencer) is after the maiden name of Diana, Princess of Wales.

The one who made me a mother. The only one to have me all to himself. The first one to show me what it felt like to love another human unconditionally. The one who was rushed to the doctor for every cough and sneeze. The one who got me at my youngest and most energetic time in life. The one who fell off of my bed so many times I was convinced he’d have brain damage. The one who ate dead flies from the window sill . The one who got in trouble at school for drawing a penis on his desk. The one who dropped his banana and screamed “Well sh*t!” at age 2. The one who is most like me.

She is named after a favorite college professor of mine, and her middle name (Elisabeth) is after my great grandmother Elizabeth Hudson.

The only girl. The fighter. The creative one, like me. The one destined to be either in front of or behind the camera. The sneaky one. The one whose first act of defiance was to smash her big brother’s nose in with a tiny pink shoe when she was 2 years old. The one who was grabbing with one hand while you were slapping the other. The one who got suspended from pre-k. The one who walked at 9 months. The one whose tiny pigtails bounced when she ran. The one with the most sensitive heart. Also the moodiest one!

I first discovered the name Julian in a VC Andrews book when I was a kid. The middle name Ray was a no-brainer. Rae is my middle name, after my dad Ray. My husband’s father and grandfather both have the middle name Ray as well. It was destiny.

This is my circus. These are my monkeys. And I absolutely adore them.